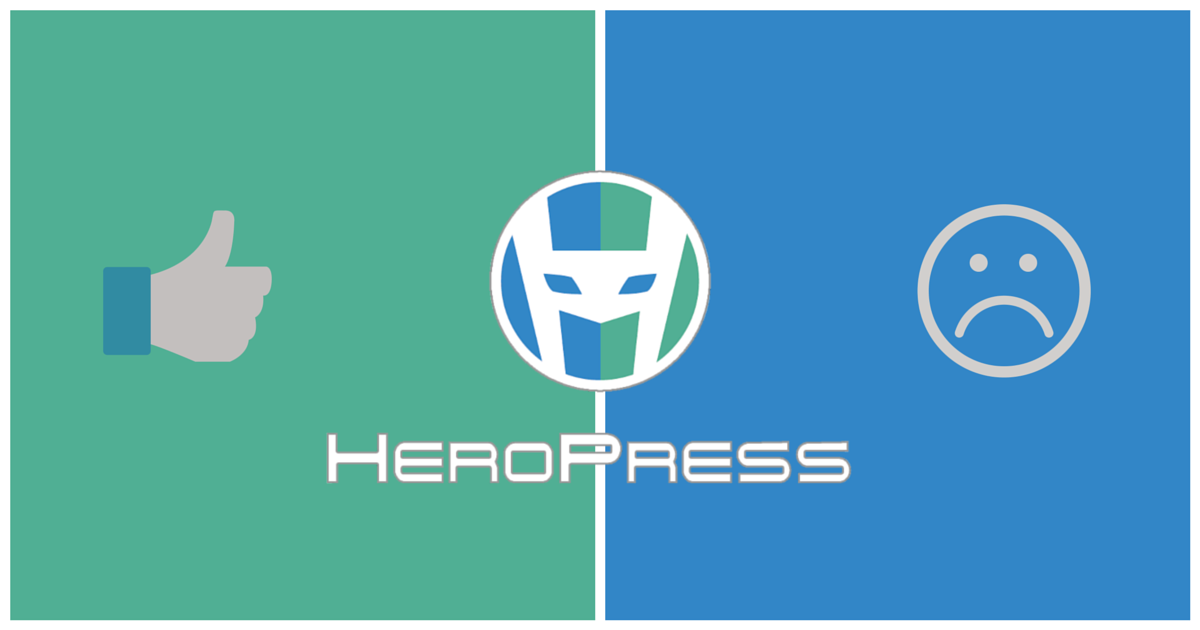 There’s currently a Kickstarter campaign that’s sole aim is to:

“Speak to those who feel marginalized [in the international WordPress Community] and help them overcome whatever is holding them back.”

It’s called HeroPress, and I think it’s a really admirable goal. It’s excellent. In fact, I funded it already and I’d encourage you to do so too.

Subtle Tensions in the WordPress Community

Unfortunately, the reception of the campaign within the WordPress world was less than stellar. Sarah Gooding reported on WPTavern on how some took issue with the all men cast of the videos. The Twitter chatter and comments from that article highlighted how the issues of gender diversity within WordPress is just as controversial as it is in society at large.

@pippinsplugins unambiguous hero worship in an open source community (and of six males) doesn't seem like much of an achievement.

[UPDATE]: Capaign update #3 just went out today and one speaker bowed out, and is being replaced by the first woman on the roster: Birgit Olzem from Germany. Read the update here.

Others were uncomfortable with the name of the campaign: HeroPress. There’s a lot of reason why this caused some to perk their ears. This guy, for example:

Personally, I'd prefer that Hero Worship stay out of the #WordPress community. http://t.co/Q5I12cIO5q @wptavern

Does this Encourage Hero Worship?

I really resonate with what Nacin said about “hero worship in an open source community”. It’s human nature to elevate people to celebrity status, or to find an inflated sense of self-worth when your plugin or theme is really successful. Some of that eeks into Meetups or WordCamps.

But this is more complex because of the nature of what HeroPress wants to do. If they want to help empower the marginalized WordPress developers in the non-Western world, then elevating some to Hero status — even accidentally through the medium itself — can have the opposite effect.

Topher DeRosia, project lead for HeroPress, responded to this with a campaign update on the second day of the campaign:

Our goal isn’t to exalt people who already appear to be heros. It’s to help people recognize the hero they have inside, OR, if they already know, to help them see great ways to use it. I did a blog post a year ago about how someone helped me be someone else’s hero, and thereby make that same someone else a hero. Our speakers aren’t the heros.

I also had a chance to email with Topher and asked him about this, since it really was a concern of mine as well. The most obvious reason this isn’t about Hero Worship and is just branding is because of who it comes from. HeroPress is a project of XWP, or the X-team. They have a thing for super heros. They’ve even “heroized” themselves quite nicely! I gotta say, that’s kinda fun!

Is this some Western White Messiah Syndrome?

It’s very clear that Hero Worship is not the intention, and it’s actually the opposite of the intention. But is it possible that the medium itself is getting in the way of the goal. In Christianity there’s this pejorative descriptor called the “White Messiah”. A white pastor goes into a primarily non-white neighborhood proclaiming to have all the answers to the people’s problems. The intention might be great, the message might be sound, but the medium is just too biased and out of touch to be effective. Topher replies to this as well, basically saying that the speakers themselves are supposed to have come from the periphery of the WP Community. They are not privileged Westerners, but folks who had little and turned it into a lot:

I specifically wanted to get speakers who really had been in the same position, or had dealt with the same issues. I tried to look outside my bubble. I met some wonderful new people as a result.

We already have WordPress.tv

Some felt this just isn’t innovative. WordPress.tv is an excellent resource which aims to make high-quality WordPress presentations freely available to any with access to the WWW. Why would this be any different?

I love WordPress.tv. It’s an amazing resource. But there’s nothing like a really top-notch 5-minute TED Talk to get me going. If HeroPress really is seeking to be the TED of WordPress, then I think there’s room for this too. Topher also doesn’t see these two ventures as mutually exclusive:

HeroPress is a content creation organization. We’re going to host the videos both on our own site but ALSO on WordPress.tv, because we want to be part of that community that WordPress.tv archives.

Some also chirped that the goal amount seemed a bit exorbitant for what the campaign actually is accomplishing. I agree and disagree on this one:

I disagree . . . because for one, it’s Australian dollars. My friend Ansel said it best: “That’s like $40k US plus a few wombats and dingos!” Truthfully though, it’s a little less than $8000 USD per video. The videos are happening all over the world, there’s pre- and post-production costs, videographer fees. The costs can stack up pretty quickly.

On the other hand . . . according to Topher (per email), the videos will be self-shot by the presenters first. Naturally, the X-Team will be doing some video coaching with the presenters, and will most likely do some serious post-production work, but we’re still talking about a far cry from TED quality video presentation.

The other major cost listed on the site is to build the website itself. At $17,000 AUD (roughly $13l USD) that’s a serious penny. I’m curious as to where this is being spent exactly. Is this how the X-Team will fund themselves to build out this site? Everyone needs to be fed and clothed of course, but that’s a pretty penny for work that they are already experts in.

So I think there’s some disconnect on the costs provided to the value offered to the backers.

Over the weekend, HeroPress picked up 6 more backers, including none other than Envato:

Very excited to announce that @Envato is now an Ultimate level backer the HeroPress project on Kickstarter! https://t.co/73vgQJ0pkJ

Big backers like that really show the strength of a campaign. At this point I’m predicting that it will get backed. I really want it to get MORE than backed so that some women can be added to the roster of videos (who are also a marginalized voice in the web development world). Nevertheless, it looks like HeroPress isn’t going to need any “saving” from its detractors quite yet.

We are All WordPress Heros, and that’s the point

Kickstarter funders are much more discriminating than they used to be. Gone are the days of the $55,000 Potato Salad recipe. This is not a perfect campaign, there are issues for sure. But I don’t think bad marketing should cause true WordPress champions to hesitate to be generous to this campaign.

HeroPress is an effort to help showcase how truly global the real WordPress community has become. I know that when I attend a WordCamp and recognize all the names on the list, I start to feel self-important and like the WordPress world is like a big family. That’s really, actually not true. Matt Mullenweg’s “State of the Word” in 2014 highlighted how 77% of all WordPress users are now outside of the U.S. And yet, somehow folks who are successful in WordPress — even mildly — are often much more visible than non-Westerners who are equally excelling in their craft. Here’s a few examples that I know of.

These are just the few folks I could think of now. Each of these developers are excellent in their work. If there are “heros” of WordPress, they are certainly in their ranks. The goal of HeroPress, as I understand it, is not to put people like these on the pedestal, but to highlight that everyone who contributes to Core, writes quality plugins or themes, does tutorials or coaching for WordPress is a hero. The nature of Open Source means that we can all be “heroized” like the Thresher, all of the super powers are transparently, tangibly accessible to us.

I’m looking forward to seeing these videos happen. If you are too, back the project at any amount you can. Back it and we’ll all enjoy the benefits of seeing how vast and large and diverse the WordPress world really has become.

6 thoughts on “Values and Pitfalls of the HeroPress Kickstarter Campaign”