Have you heard the phrase “MVP” when it comes to plugin development? It means “Minimal Viable Product”. It’s an excellent concept because it enables developers to stay focused on getting their product out the door with the minimum of features, so that users can get their hands on it and provide feedback. We love the concept of MVP. But every MVP needs to grow up.

Last summer, WordImpress founder and Lead Developer Devin Walker needed to provide his client a way to generate Google Maps on their new WordPress website. At that time he couldn’t find a really solid solution for them, so he built one. Once the site was live, he saw great potential in his little plugin and decided to build it out and release it on the WordPress Plugin Directory.

Little did he know that it would quickly become one of the most popular Google Maps plugins on the Plugin Directory. Currently, Google Maps Builder has over 10,000 active installs and roughly 43,000 downloads. And honestly, since it’s release, it’s been in need of a little love.  No more MVP for this guy.

That’s what this announcement today is all about. Below you’ll find details about what’s in store for 2.0, how you can help provide critical feedback, and a contest to win a Pro license for up to 15 domains for life.

We’ve been working out a few kinks, and adding some really great new features to Google Maps. So we’re here to reach out to you, our loyal users, to get your input now before we push it live. With so many active installs, we really felt a responsibility to have this more thoroughly tested before pushing it.

How to Get It and Give Feedback

We’ve made it as simple as possible to access 2.0 and give us your feedback.
Click the giant blue button for all the details.

What to Expect when You’re Expecting 2.0

The most exciting feature we wanted to introduce to you is the new Full Screen Maps Builder mode.

Look at that action! A fully immersive maps creation environment. We think you’ll love it.

A Rebrand and a Mascot Naming Contest

We think Maps Builder has a lot of personality. So we decided that to really showcase this plugin, we wanted to give it a rebrand and particularly a Mascot. You probably already noticed him at the top, but here he is in all his glory: 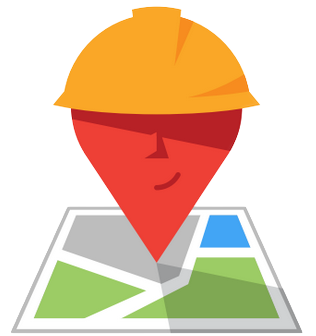 The only problem with him is he’s nameless. So here’s the story on this little contest:

We’re working on a Pro version of Maps Builder. It will have ALL the most important features that Google Maps has to offer with all the easy-to-use interface that Maps Builder is known for. If we choose your name for the Mascot, you’ll win a LIFETIME Maps Builder Pro license for up to 15 domains. Let me make one thing clear: We don’t offer lifetime licenses. Ever. But we love our mascot and would love your participation in choosing his name.

Here’s the form. Looking forward to all your feedback and all your entries!